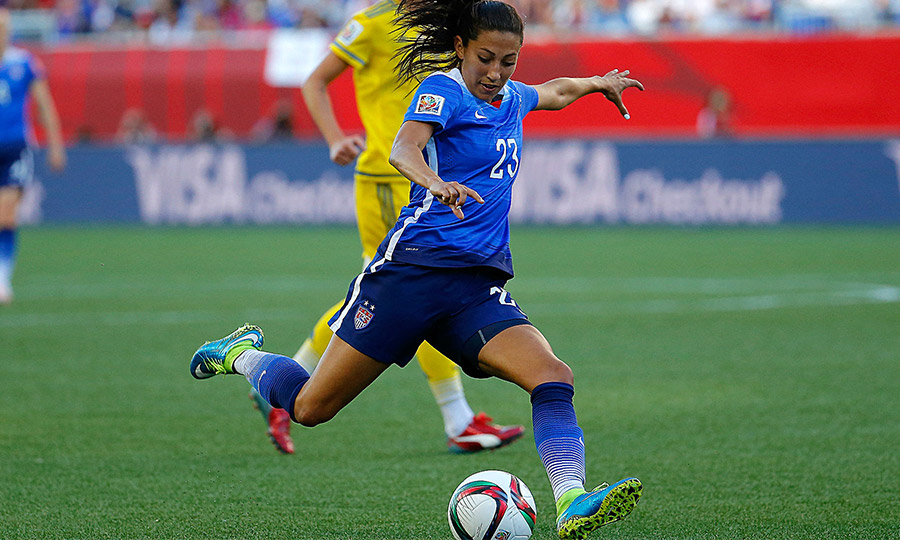 GLENDALE, Ariz. — The 2015 World Cup Champion U.S. Women’s National Team continued its Victory Tour with a 2-0 win against China PR at the University of Phoenix Stadium in Glendale, Arizona on Sunday afternoon.

The U.S. led the match offensively, out-shooting China 24-4. There were plenty of close calls for the U.S., especially for Diamond Bar native Alex Morgan, who looked to have scored two goals if not for a delayed penalty call and a shot that went just wide of the net. Carli Lloyd, who has the second-most goals on the team, also came close to scoring twice in the first half.

Crystal Dunn scored a goal in the 39th minute. The ball came off the leg of a China defender and Dunn was perfectly set up for a left-footed shot into the net.

For the second half, Heather O’Reilly substituted Dunn and Jaelene Hinkel replaced Ali Krieger. But the true action occurred in the 79th minute when Christen Press, from Palos Verdes Estates, came in for Morgan and Lloyd handed off the captain armband to crowd favorite, Abby Wambach.

Press scored a goal only two minutes after replacing Morgan. She took a long-range shot from the middle that flew straight between two defenders and into the back of the net. Wambach assisted Heather O’Reilly, who made a shot attempt that went just over the net.

Alyssa Naeher made three saves for the U.S. and China’s Zhao Lina made four.

With this win, the USWNT extended its unbeaten home streak to 104 games (91-0-13). The team will play its final match of the Victory Tour against China again in New Orleans on Wednesday.