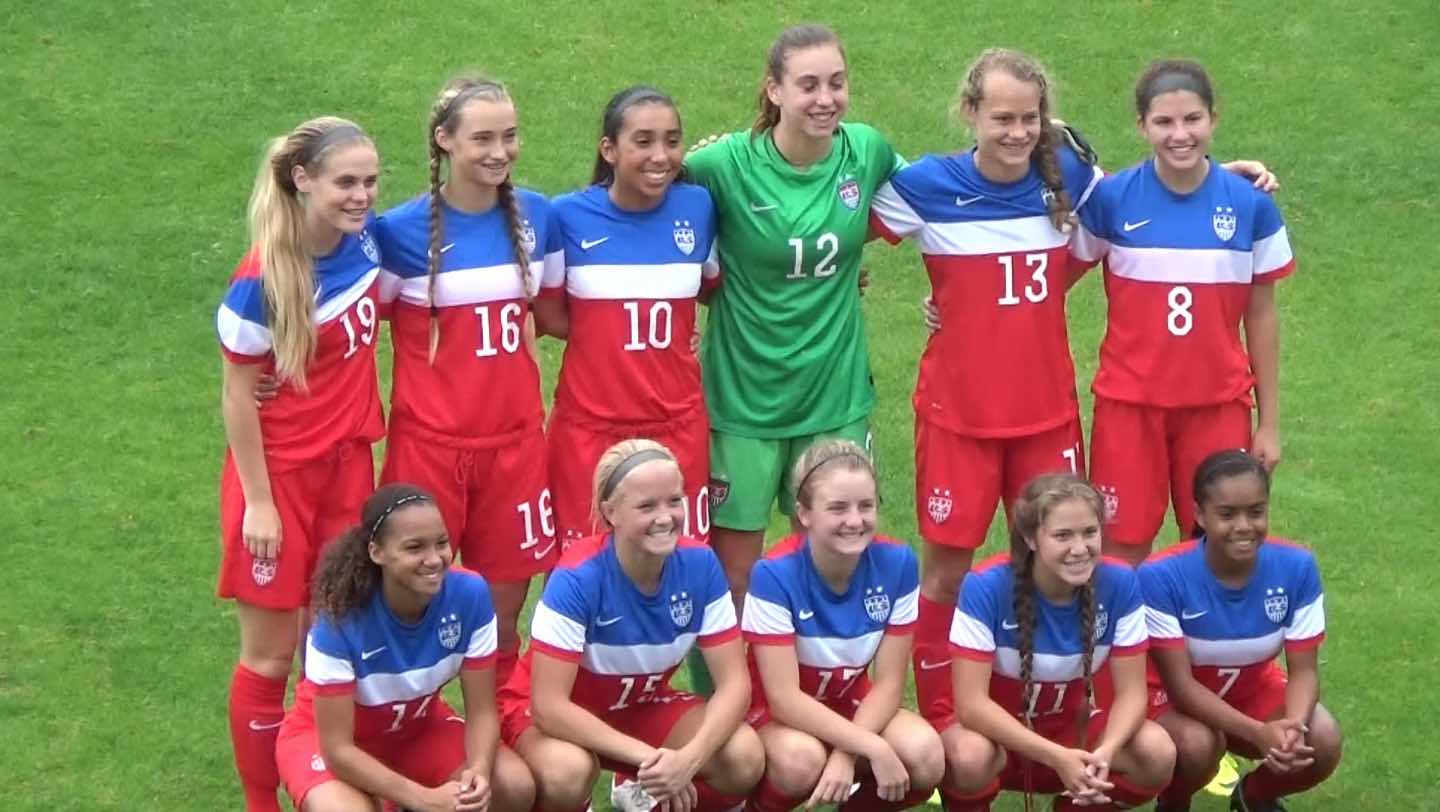 SAN DIEGO – The U.S. U-17 Women’s National Team will have a training camp at the U.S. National Training Center in Carson, California from August 9th until 16th. The camp will be lead by head coach B.J. Snow, who called up 24 players for the camp. Out of the 24 players, 16 of them were born in 1999 and 8 were born in 2000. Out of the 24 players, 4 are from California: goalkeeper Hillary Beall from Laguna Beach, defenders Naomi Girma from San Jose, Kiara Pickett from Santa Barbara and Karina Rodriguez from Torrance.

The U-17 Women’s World Cup Qualifying is still seven months away. In March of next year, the CONCAFAF U-17 Women’s Championship will start in Grenada, an island on the Caribbean. Three teams out of this tournament will have a spot guaranteed in the World Cup, which will happen in September of 2016 in Jordan.

The 8 teams will be separated in 2 groups of 4 teams, and after the group stage, the first and second place of each group advance and to play the semifinals. The winners of the semifinals automatically qualify for the U-17 World Cup, the two losing teams will play for third place and whoever wins also advances.