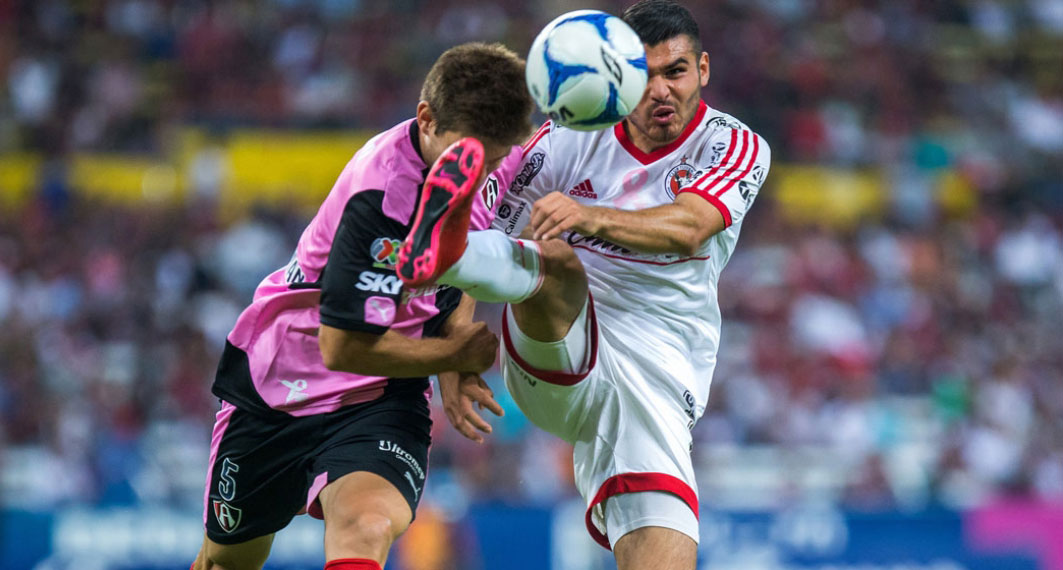 Tijuana falls to Atlas on penalties in Copa MX quarterfinal

One spot kick. That’s all it came down to for Club Tijuana.

The Xolos were that close to breaking the losing streak they’re on and picking up some positive momentum. Instead, Pedro Hernández missed the team’s fifth penalty, while Juan Carlos Valenzuela converted for Atlas to give the club progression to the semifinals on a 5-4 penalty shootout victory.

Interim manager Raul Chabrand handed Juan Arango and Gabriel Hauche returns to the starting lineup, as he had hinted he might, with American midfielder Alejandro Guido also back in the XI.

The match went to spot kicks after the teams finished the match knotted at two goals a piece.

It was Gonzalo Bergessio who opened the scoring for the Guadalajara side in the ninth minute, finishing off a ball that was cut back to him as he made a run and scored from the D atop the 18-yard box.

Tijuana found an equalizer later in the first half with José Garcia finishing off a move that Henry Martín started by moving the ball forward though he was fouled on the play. That ball found Hauche, who laid it square for Garcia.

And the visitors were ahead five minutes later. Carlos Guzman scored one of the best goals of the season for Tijuana, getting the ball in space at the right edge of the 18-yard box, taking a touch on his right foot and sending a darting shot into the upper-left corner of the goal. The celebration wasn’t as beautiful as the tally itself, with the right back moving around like a t-rex after the individual effort.

But Xolos couldn’t hold onto the lead. Franco Arizala put in a strong individual effort himself, cutting inside from the right to put in a pass. When that pass was deflected back to him, Arizala tried a precision shot that found the bottom-right corner of Mexico U-23 star Gibran Lajud’s net.

Guido had the best chance to avoid extra time, slaloming past one Atlas defender, then another, but putting his shot wide of Miguel Pinto’s goal.

The penalty shootout saw the attackers have the best of things. The hosts made all five of their kicks, and even Hernández’s miss clanged off the crossbar.