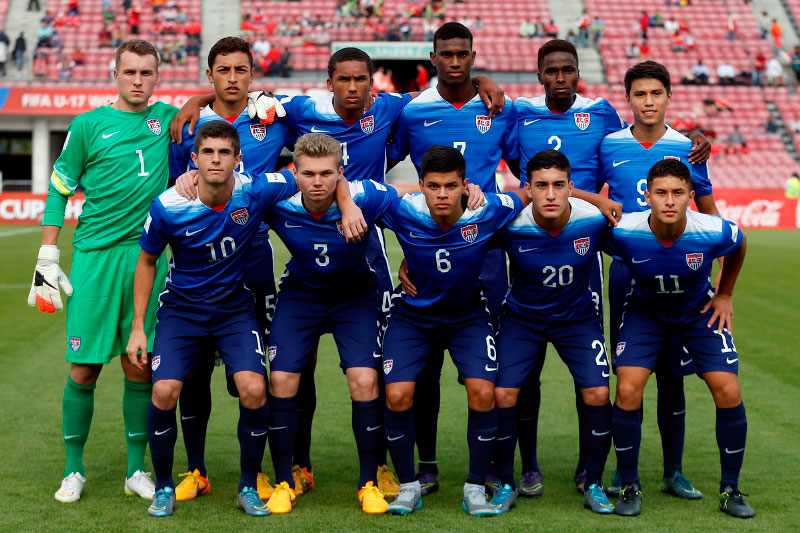 Stick or twist time for the United States U-17 MNT

The United States U-17 Men’s National Team chances of advancing from the group stage of the FIFA U-17 World Cup are faint, and their destiny is not entirely in their own hands. Following a 2-0 defeat at the hands of reigning champions Nigeria, and a 2-2 draw with Croatia, the United States go into the third and final group stage game knowing that a win against host nation Chile, coupled with a Nigerian draw with Croatia will see the U.S. advance as runners up in the group. Failing that, the United States can still advance with a draw against Chile if Nigeria defeat Croatia by a score of 2-0 or more.

Depending on other results is never an ideal strategy, but at this stage of the tournament, Richie Williams and his team will take what they can get. In the first two matches the U.S. has played, they have shown bits and piece of what they are capable of. San Diego, California natives Brandon Vasquez and Luca De La Torre have shown sharp technique and have been among the United States’ finest attacking outlets along with Borussia Dortmund academy player Christian Pulisic who is the real star of this team.

Defender Austin Trusty is now eligible for selection following his one game suspension for his red card against Nigeria. Williams’ team selection has been under some scrutiny in the past two games, but now with a full contingent of players, and with the advantage of having seen the oppositions style, one hopes that the XI who take the field are the ones best equipped to achieve the result the United States is looking for.