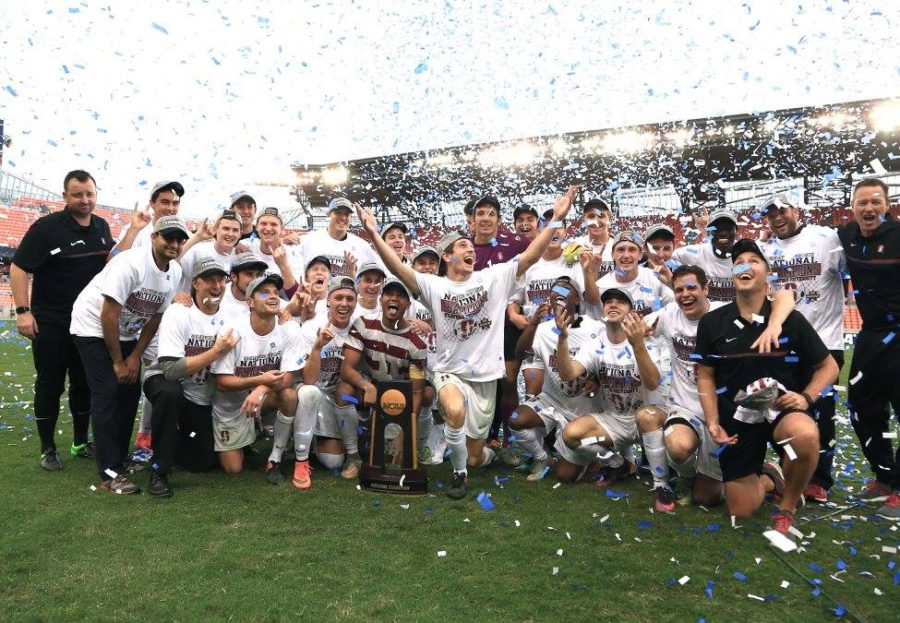 Stanford goalkeeper Andrew Epstein provided the late heroics with two consecutive saves to give Stanford its second consecutive national title. They are the first team since Indiana in 2003-04.

Stanford and Wake Forest both converted on their first three penalties. Stanford, however, missed the fourth while Wake Forest converted again. On Stanford’s fifth shot, Escondido native Corey Baird finished off a beautiful panenka to tied the shootout at 4-4. Wake Forest still had the advantage and a successful penalty would give them the national title.

Wake Forest’s Hayden Partain fired a low shot that was saved by a diving Epstein. Stanford’s Sam Werner put the Cardinal up 5-4 with a shot down the middle. Epstein then saved a Brad Dunwell shot to his right to claim the national championship.

Stanford is now the third team to win the national title while not conceding any goals throughout the College Cup (San Francisco 1976, Wisconsin 1995).

Epstein was named the Defensive Most Outstanding Player while Baird, Tanner Beason, Tomas Hilliard-Arce, and Biran Nana-Sinkam were named to the College Cup All-Tournament Team.