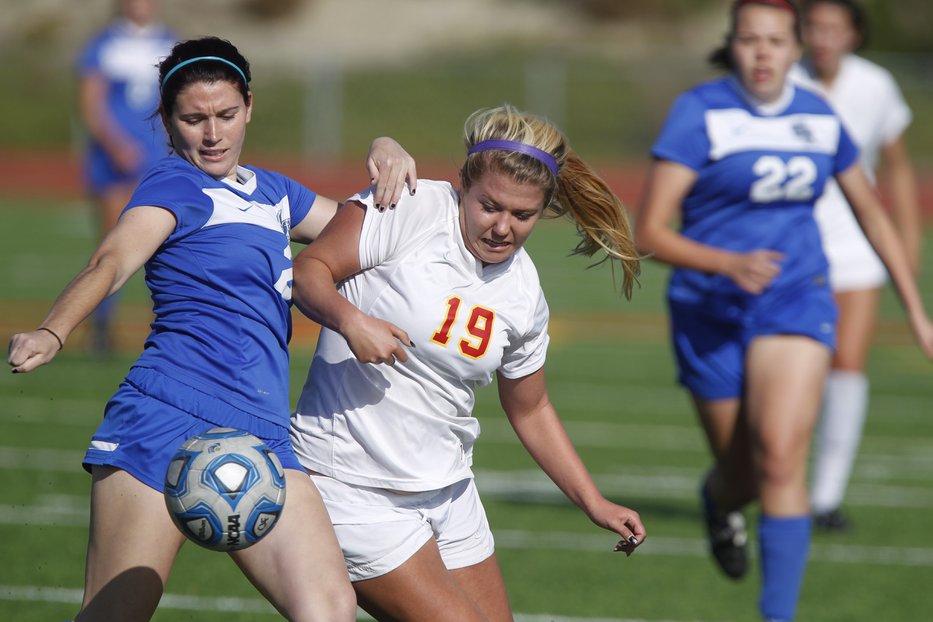 Shortly after leaving the hospital, Dana Dalton and her family set off towards home. Her parents brought their newest bundle of joy to the soccer field. Before she even knew how to walk, Dalton was well aware of the game of soccer having attended many as a newborn. Her family lives for the sport and played a massive role in the success Dana has achieved at 18 years old.

Dalton got her start in soccer after watching her brother play for a local San Diego Surf Soccer Club. Her brother played for over 10 years and Dana followed in the same path.

“I grew up on the soccer field. It’s a beautiful game.” She began playing for Surf at age 5. Achieving club success at a young age kept the passion for her game alive. She recalls a specific time where her U11 team won a title at the soccerloco Surf Cup. It was the first time in Surf Cup history that a B team had won a title. Dana knew that her time with soccer was not over. She continued to play for Surf for a total of 11 years.

As many current and former youth soccer players know, there is a different dynamic between playing club high school soccer. This difference caused Dana to step back and deliberate as to whether she wanted to continue to play in her high school. She eventually chose to stay with her passion and played all four years at Cathedral Catholic School.

Her high school coach, Dawn Lee, knew that most of the girls on the team played club, so she approached her coaching style differently. Dana recalls that her coach would make sure that they were all having fun and building upon their school pride.

“Representing the Dons is such an honor and I’m happy to play for Cathedral. High school soccer reminds me of the reasons I fell in love with the game,” said Dana Dalton.

Fast forward 18 years from the day she was brought onto the soccer field. Dalton is headed to the desert for college in the fall, where she will play for the University of Arizona Wildcats. Up until as her junior year, she was still undecided on her next move – go pro or pursue a college education.

“I am a bit of a sports junkie, so I have thought about going professional many times,” said Dalton. Whether she heads into a professional soccer career after college or not, Dalton would eventually like to work for a professional sports team.  “I want to play in college and see where that takes me, I’m still up in the air.”

She has her sights on becoming a trainer as the thought of coaching never really crossed her mind. One thing is for sure, she would be honored to come back to San Diego and work with the coaches and trainers who helped her improve her game at San Diego Surf. With the inception of the new NPSL teams in the San Diego area, she may have a chance to do that with a local team right in her backyard.

“I want to be the best soccer player that I can be and I don’t think I have come close to reaching my full potential yet,” said Dalton. Watch for Dana as she embarks on the next phase of her soccer career as an Arizona Wildcat.