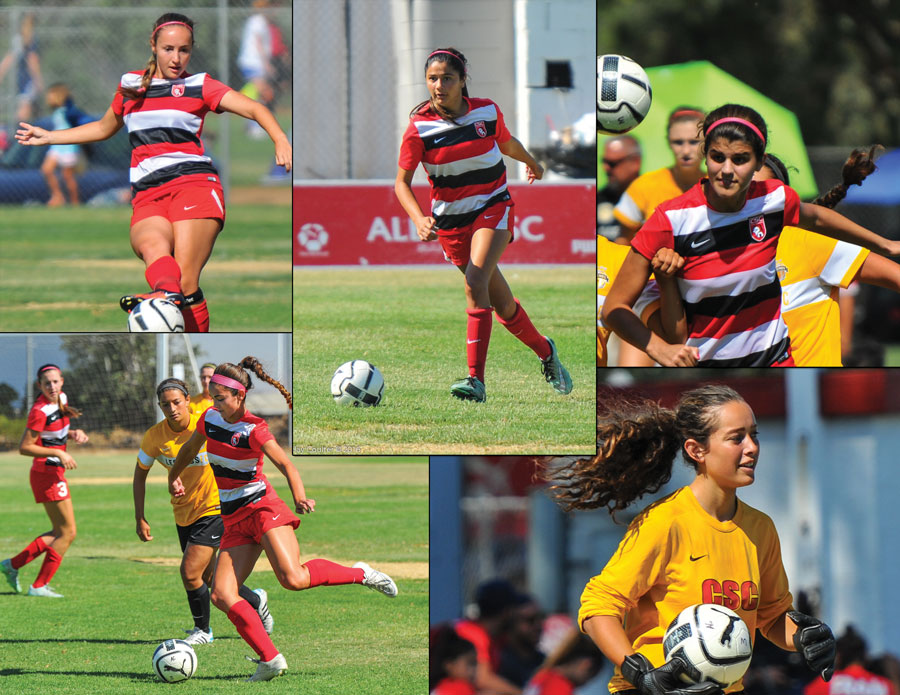 Race For The Championship

With another season almost over, many teams are battling to place in the top five of their brackets and more importantly, finish in first and proclaim themselves league champions. For Crusaders Soccer Club’s Girls 1999 Academy, first place is precisely what they’re hoping for at the end of the season to finish off as SDDA champions for the second year in a row.

New head coach Kevin Soares outlined the success factors that his team has been developing throughout the season. “First of all, this team has been together for six years, and have established a great chemistry with each other, which has been a huge factor for our success. This season they have been stellar both defensively and offensively”.

Every team has its key players that always make an impact in every game. In this case, Emily Diprima, Ella Diamond, and Ashlin Healy have been some of the standout players this season and have helped their team strive for their success. Emily has been an amazing leader for this team and her performances in defense all season has given coach Kevin a great deal of confidence to have her lead his team. Holding midfielder Ella has been a strong anchor defensively that has been doing a great job linking her teammates in keeping possession throughout the game. Ashlin has established herself as the leading goal scorer and has been the most dynamic player in the offense.

Even though this talented group of players is having a great season and is a candidate for taking the league title, Coach Kevin has stated that his team still has the potential to keep getting better and has cautioned his player not become content with where they are now. One game is remaining in the season. They are neck and neck with second place team Liverpool. It all could come down to goal differential if both teams win their remaining games. With Soka University commit Carly Mendoza in goal and only allowing two goals all season they will still have to get a good result on their final match vs Rebels.