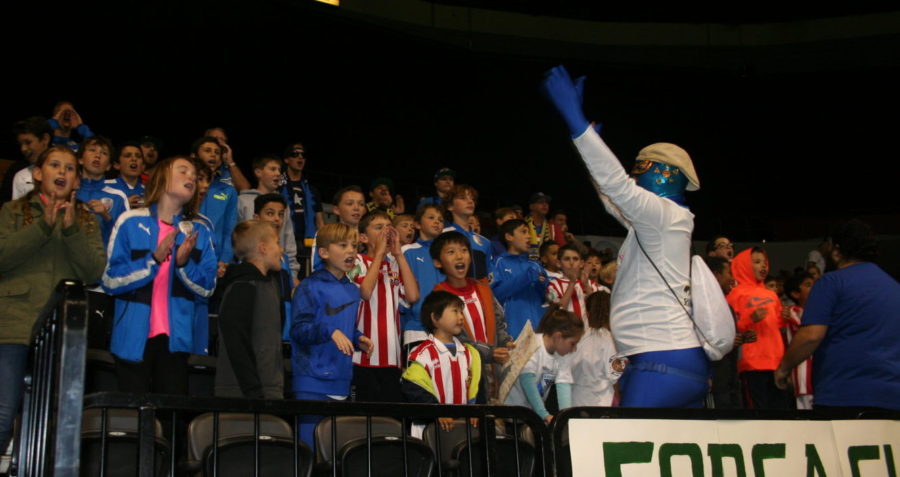 San Diego youth soccer players and teams from Presidio Soccer League enjoyed a night at the San Diego Sockers game on Friday, December 2nd. The stands were filled with players in their club uniforms along with their coaches and families — all cheering for the Sockers; and the Sockers did not disappoint. 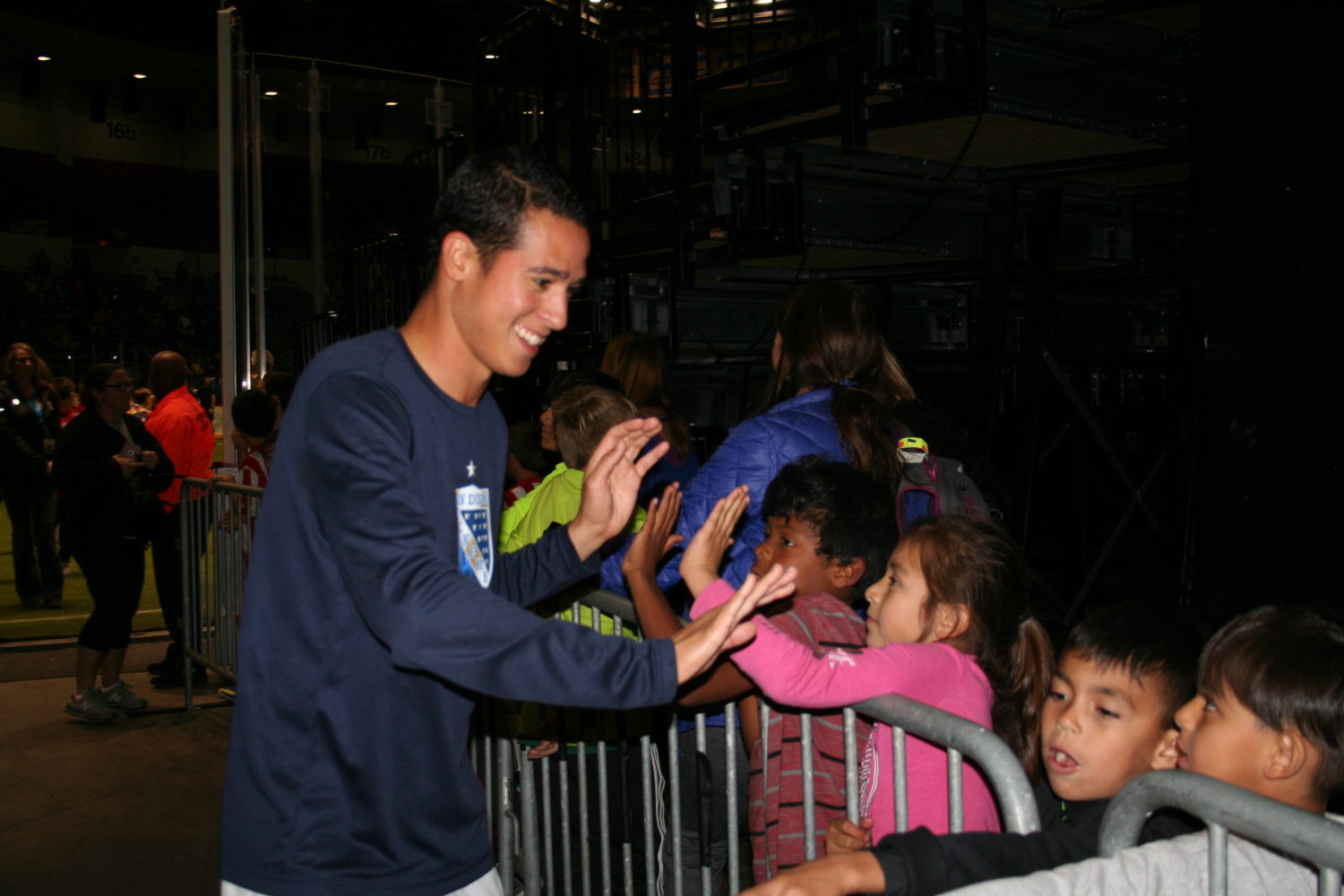 Presidio players received an up-close experience; greeting players as they came off the field from warming up, participated in a pre-game Parade Of Champions on the field and then cheered on the Sockers as they were announced onto the field.

“The game was so much fun,” said Ryann Sanchez, Liverpool SC player. “It was so cool to get to high-five the players.” 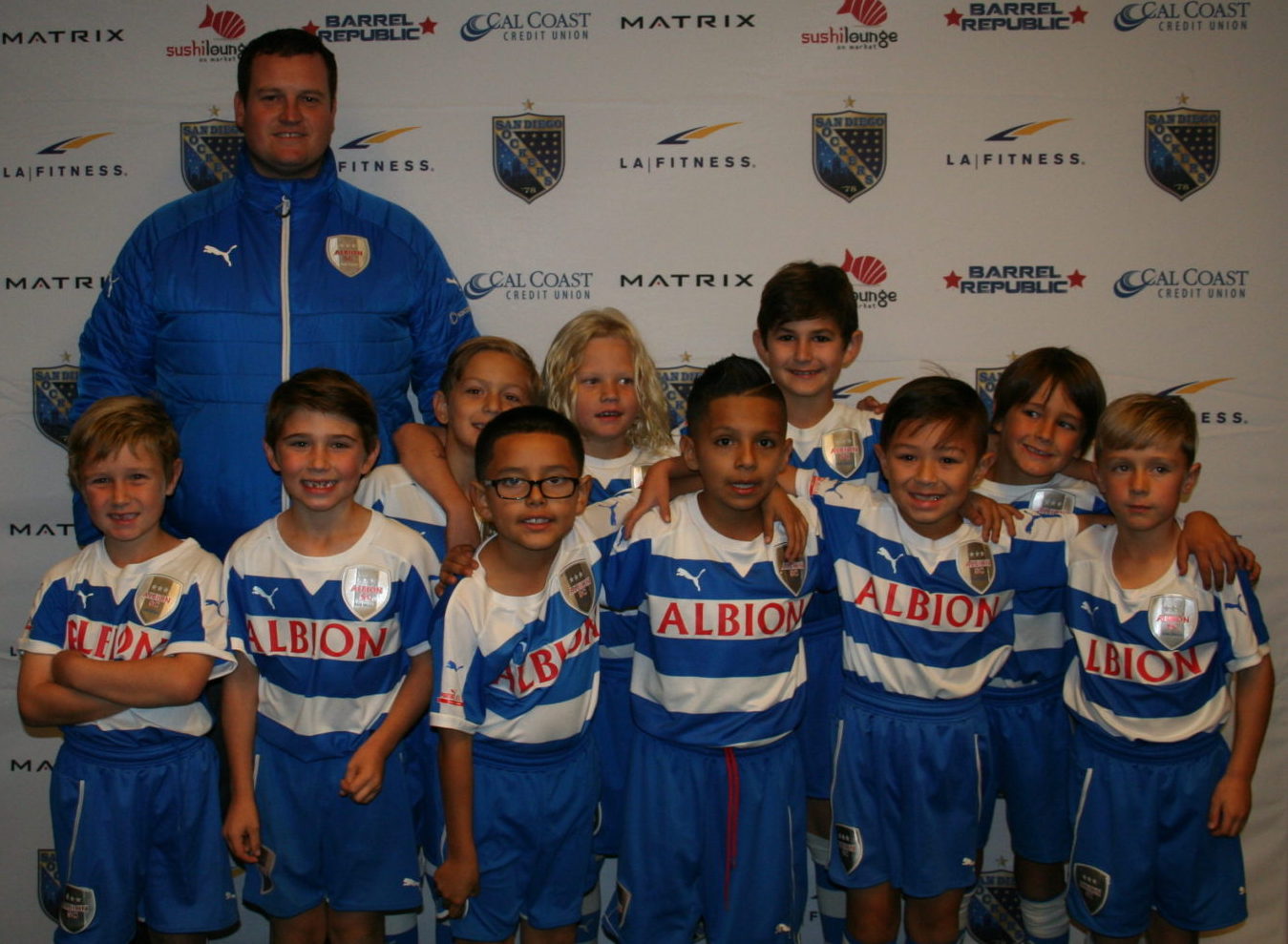 A Presidio Alumni and current Director of Coaching for a Presidio Member League, Kraig Chiles was the star of the night. Chiles scored four goals, a pair in each half, to lead the Sockers to a 5-2 victory over the Tacoma Stars. Goalkeeper Chris Toth also had an impressive night with 22 saves.

“It’s always great being back home at the Valley View Casino Center but it’s even better when it’s packed full of local youth players,” said Chiles. “The Sockers are the only local professional team that youth players can have a face to face conversation with after the game. I was born and raised in San Diego, watching the Sockers in the early 2000’s. Watching the players commitment level, decision making on the field and work ethic helped me get to where I am now.” 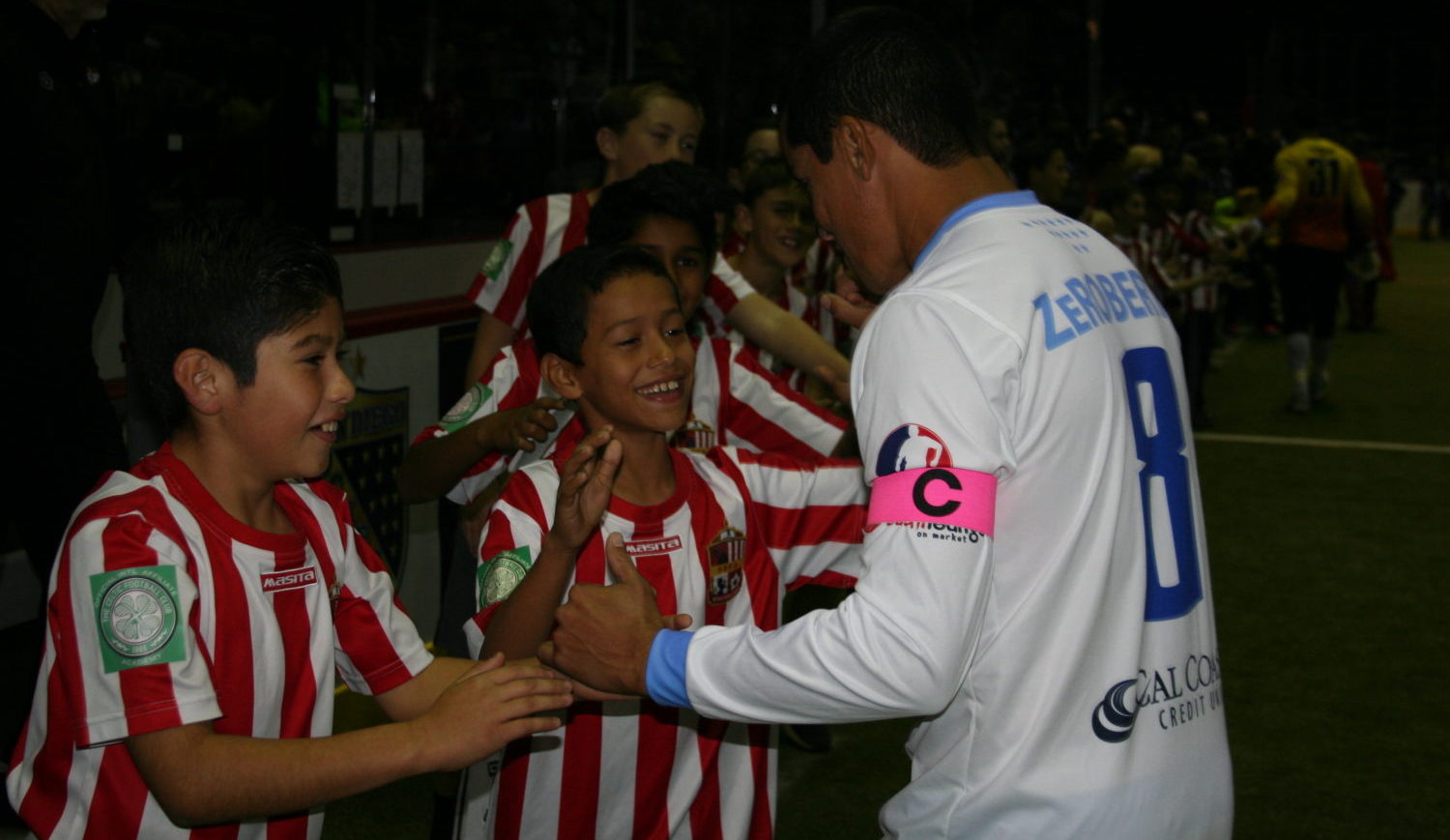 Sockers games are quite entertaining; the music, cheers and loud vuvuzela’s make it an exciting atmosphere (especially when they score) — so win or lose, fans go home with a fun filled experience.

“Presidio has always been a fan of the Sockers,” added Turner. “We look forward to more Presidio Nights with the San Diego Sockers in the future — our goal is to sell out the arena with Presidio players.”

Interested in hosting a night for your soccer league? Email: info@sdsockers.com