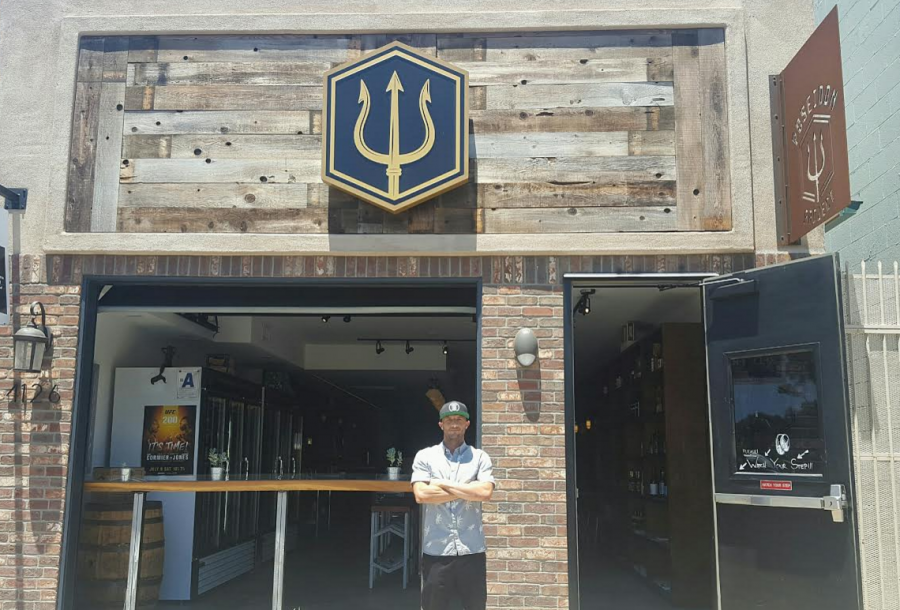 Driving down Morena Boulevard in Bay Park, it’s fairly easy to miss Poseidon Project. In fact, once you make the turn onto Napier Street, it isn’t difficult to overlook the narrow establishment that sits in a snug spot between a gardening store and a coffee shop.

Just a block or two away from residential housing, the location appears ideal as not only a good spot to catch some soccer, but also as a local watering hole that aims to be different from most other bars in the area.

“This isn’t just a cash cow,” said general manager Juan while watching last weekend’s Euro final between France and Portugal. “We are looking to embrace the community. We want to be a cultural center for beer enthusiasts with an emphasis on hospitality.”

The man wasn’t lying either. He was eager to let me try a few different beers while also helping numerous other patrons during the match. With the game on in the background, and a fairly quiet atmosphere on a Sunday afternoon, it was a nice break from the occasional crowded location during a busy weekend. 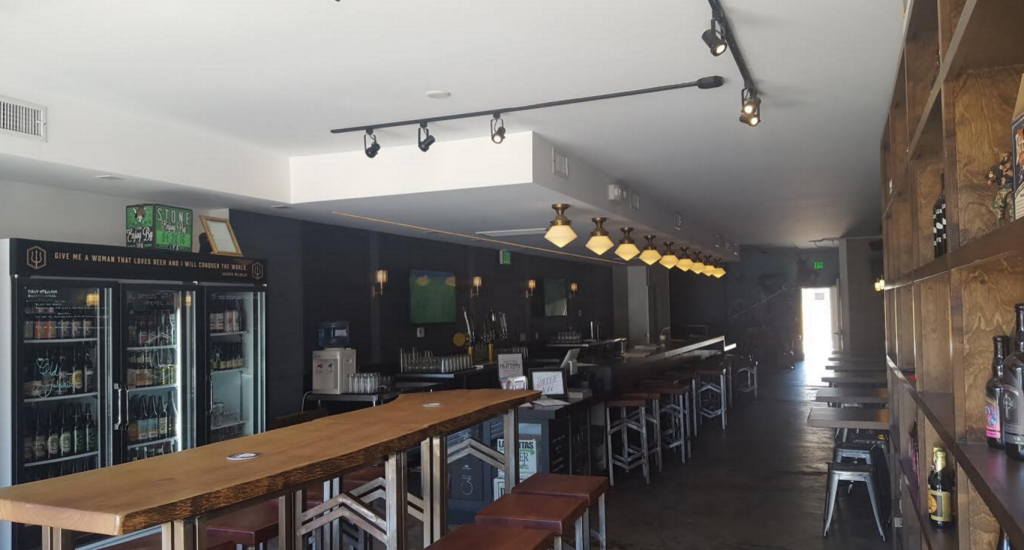 When I asked Juan if he would like the establishment to be a “soccer bar” on the same level as a place like Shakespeare Pub and Grille or the Bluefoot Bar and Lounge, he didn’t hesitate with his answer. “Absolutely. We are open to almost everything.” Juan even mentioned that the taproom would be open to consider hosting a FIFA tournament. Something to keep in mind for those of you who love craft beers and video games.

He also stated that, if possible, the Poseidon Project is thinking of streaming North County Battalion or Albion SC Pros matches in the future. “We are able to think outside of the beer industry,” said Juan. “We are able and willing to provide more services to other likes. We are receptive to the local neighborhood.”

It was compelling to hear the general manager express not only his goals, but his desires for the establishment. I couldn’t help but also feel excited for the taproom that had just opened last November and was on the cusp of garnering more attention and notoriety.

With plenty of space at the bar, and three large televisions in the cozy space, it wasn’t troublesome to find a good spot to watch Portugal lift the title. As mentioned beforehand, the establishment was a perfect place to quietly watch the game while also sipping on some atypical local beers that the Poseidon Project had on tap. The prices were on par with what most of San Diego offers, but for the hospitality and atmosphere, my money was well spent. 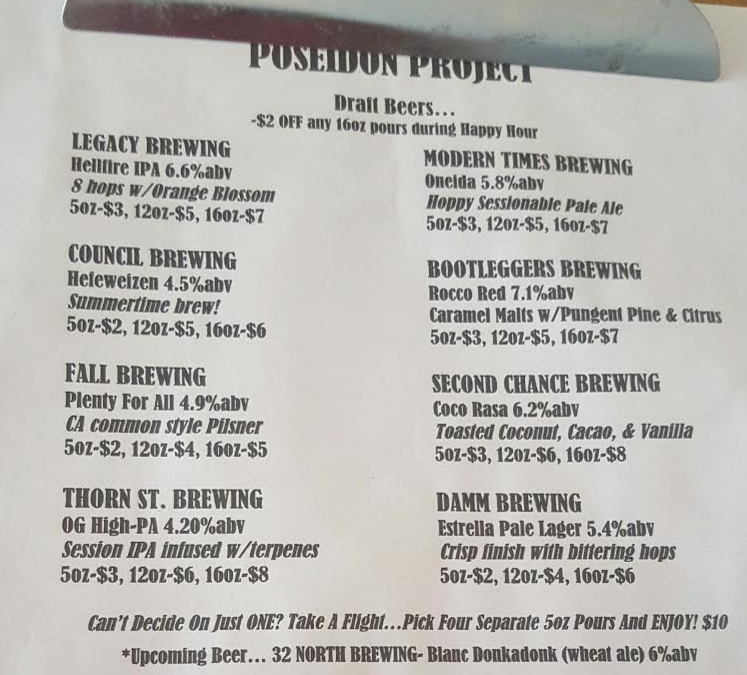 I also have to give recognition to another name from the Poseidon Project. Juan wasn’t the only one who had recently helped me out at the bar. During my preceding visit to watch France vs Iceland in the quarterfinals, I met a bartender named Jason who was just as nice and well-informed as Juan — especially about soccer.

With an Atletico Madrid jersey donned during the quarterfinal match, Jason was keen to talk about Antoine Griezmann, La Liga and soccer in general. Like Juan, this was also done while simultaneously offering beer tastings and helping out various other customers. Jason was just as intrigued by soccer as he was by beer, and for a moment, I wondered if he had one of the best jobs in San Diego as he was watching France and casually talking about a new beer on tap.

Jason and Juan symbolized both the style and demeanor of the Poseidon Project: A laid-back taproom that showcases local breweries without any pretension or pretense. It also doesn’t hurt that the place was my recent go-to spot for the Euros and the Copa America or that you can get a decent carnitas taco from the Mexican food restaurant across the street.

Keep an eye on the establishment. Although the place is fairly quiet for now, many more soccer fans might make their way to the taproom that was a perfect venue for catching some futbol. Perhaps, in the future, we might all be watching some Albion or Battalion games as well at the Poseidon Project.