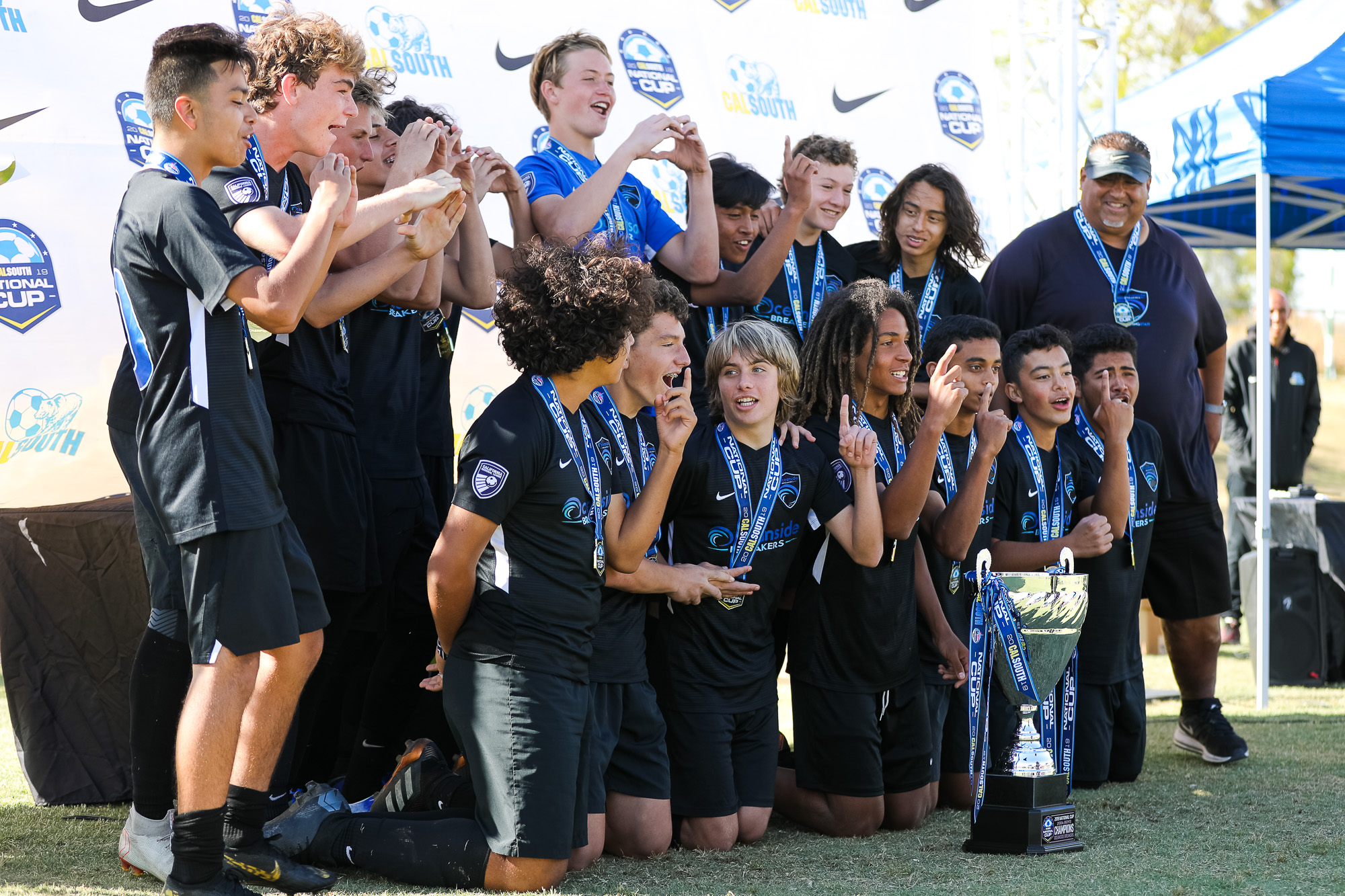 What to Do When Soccer is Shut Down: 3 Experts’ Tips for Parents During #COVID19
Presidio San Diego TOPSoccer Festival
Cal South Tournaments – May and June 2017

In one of the most exciting finals of the day, Frank Zimmerman’s Breakers battled a very strong LA Galaxy South Bay team. Every time Breakers found a lead, Galaxy would respond. When the final whistle blew, Breakers had won the National Cup trophy by a score of 3-2.

Coach Frank was immensely proud of his 2004 boys, but he was also quick to point out that prior Breakers teams also made this championship possible. He told me, “Our 1998 boys paved the way for this. Those 1998 boys are all in college now, but that was a very strong team. They showed Southern California that Oceanside Breakers are strong, with great teams. For years, whenever I had a great player, I would have to give him to Surf [Soccer Club] because we didn’t have a team strong enough for that player. Now I don’t have to do that. It’s awesome. The results are right here for everyone to see. I’m so proud of our club, our families, and these boys.”

When the final whistle blew at Galway Downs, and the Breakers victory was sealed, many of the players ran straight to their beloved coach. Coach Frank also coaches Oceanside High School’s boys varsity soccer team. The Oceanside Pirates won the San Diego CIF D2 title earlier this year. Many of Coach Frank’s high school players also play for his 2004 Oceanside Breakers team. The double victory was sweet for those boys and their families.

From everyone at SoccerNation and Soccerloco, congratulations to the Breakers and their families. Best of luck at Far West Regionals in Boise later this summer!

Here are your action shots from your championship game for you to share and enjoy, courtesy of SoccerNation and Soccerloco.