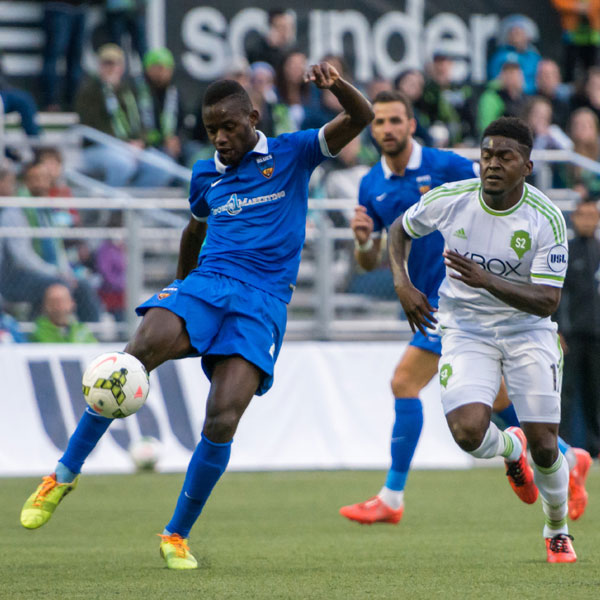 The two clubs met on May 1st at Starfire Sports Complex in Seattle. OC got on the board first when Christofer Ramirez headed in a deflected cross from Denzel Slager in the 23rd minute. However, “S2” would prevail after goals in the second half by Sam Garza and Pablo Rossi. With the win, Seattle not only broke the Blues’ three-game winning streak, but also moved into 1st place in USL’s Western Conference.

Orange County will be looking to return to their winning ways on Saturday. The Blues fell to Tulsa Roughnecks FC 1-0 on Saturday, May 16th. Former Blues winger Gibson Bardsley headed home a corner in the 50th minute to give Tulsa the victory. Three days prior, OC defeated Colorado Springs Switchbacks FC 3-1, with two goals coming from Ramirez, his second brace of the season.

Seattle comes into Saturday’s match on two USL wins in a row, as well as two wins in the Lamar Hunt U.S. Open Cup. S2 defeated Kitsap Pumas in the 2nd Round to advance to play Portland Timbers 2 in the 3rd Round , whom they defeated 2-1 this past Wednesday. The Rave Green play Real Salt Lake in the 4th Round of the nationwide tournament. In USL play, Seattle defeated the same Portland Timbers 2 on Friday, May 22nd at Merlo Field in Portland, by a score of 2-0, with goals from Sam Garza and Andy Craven.

Fans can watch all the action live on YouTube at YouTube.com/OCBluesFC. Follow the Blues on Twitter @OCBluesFC for important match updates, and use the match hashtag, #OCvSEA.

Season and single game tickets for the 2015 OC Blues FC campaign in USL are on sale now. To purchase tickets call 949-333-0418 or for more information email seats@bluessoccerclub.com.