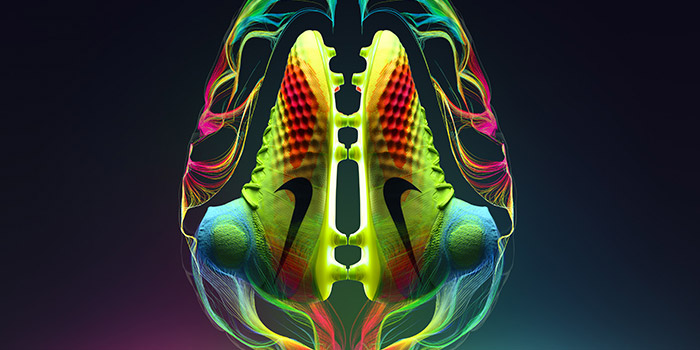 The Nike Magista 2 was designed to answer the question, “what might happen if the foot had evolved as if it were designed to play football?”

The answer? A boot that emphasizes evolution in touch and traction.

“We were focused on sensory amplification through feel,” says Phil Woodman, Nike football designer. “By delivering a better feel for the ball, players are able to confidently create on the pitch without distraction.”

Woodman, in conjunction with the Nike Sports Research Lab, focused his design on defining the areas on the foot that are most sensitive to touch, and used the data they collected to create an upper that highlights the areas of optimal sensation, effectiveness and engagement of the foot on the ball. 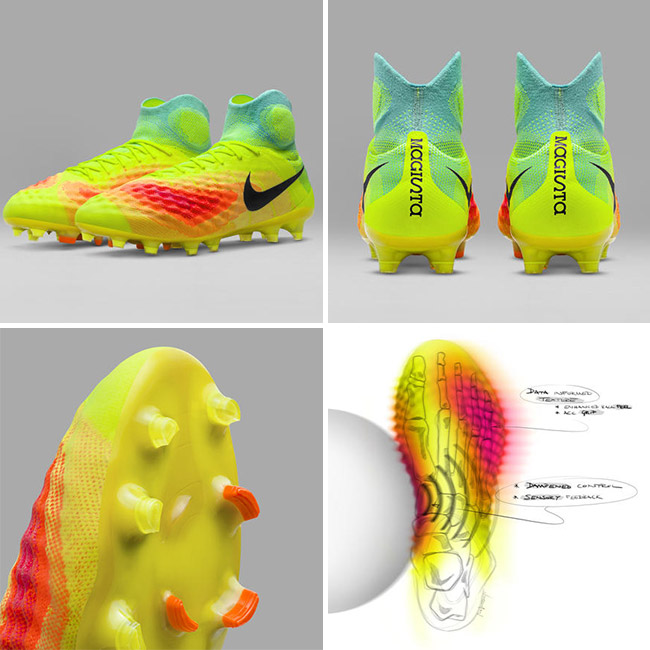 The new Magista 2 boot also features a reworked Dynamic Fit Collar that fits the natural shape of the ankle bone, but also dip low around the tendon for additional comfort. The soleplate has been completely reworked and boasts a new stud configuration to yield a traction pattern configured to function as a complete system.

The fluid color pattern of the Magista 2 reflects not only the heat map that guided its design, but also the smoother transitions throughout the boot’s upper, especially from collar to foot.

“All of the prototypes we made of Magista 2 had the heat map right on them for data purposes,” states Woodman, “but it creates an iconic aesthetic as well that’s unlike anything else on the pitch.”

The Magista 2 will be available at soccerloco.com later this month.