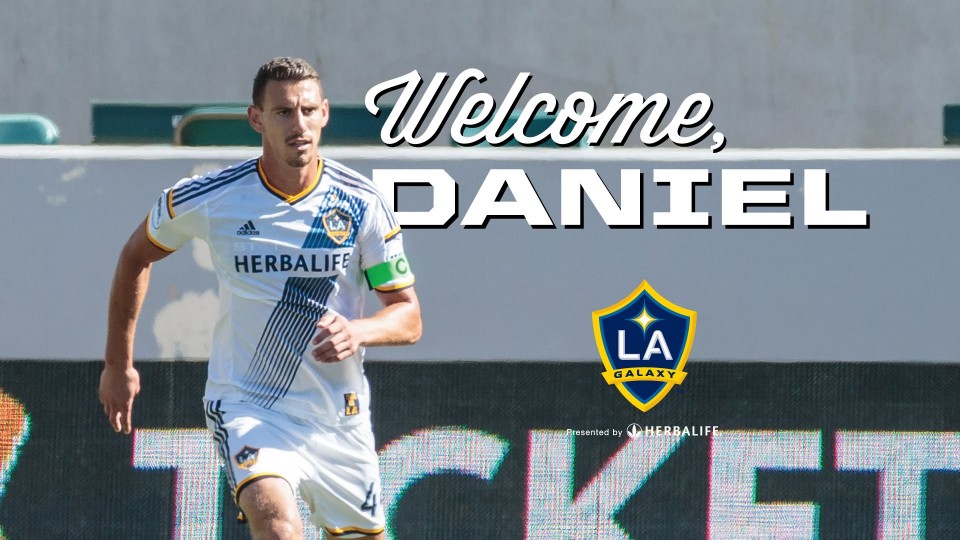 Daniel Steres: Validating the Partnership between MLS and USL

The LA Galaxy had a quiet and productive offseason up until December 22 when it was announced that stalwart defender Omar Gonzalez had been transferred to Pachuca in Liga MX. The sale of the USMNT player turned heads and raised eyebrows around the country. Those who pay close attention to the league may have seen the move coming, but for the majority of casual MLS fans, the move came as a shock.

Upon further analysis, the move makes sense for all parties. Gonzalez embraces a new challenge, the Galaxy pocket a portion of the transfer fee, and new players will be brought in and given and opportunity to fill the void left by the 3-time MLS Cup Champion defender.

One player who is looking to fill that void is recently signed LA Galaxy II captain Daniel Steres. Steres captained LA Galaxy II all the way to the 2015 USL championship match where they were narrowly defeated by the Rochester Rhinos. In an exclusive interview withSoccerNation.com, Steres talked about his journey from the lower divisions in the U.S. to Major League Soccer.

Steres started playing AYSO as a kid when he was 5 years old.

“I played multiple sports, but around age 13 I quit the other ones and decided to focus on soccer. I enjoyed the game and I found that I was pretty good at it. Playing club and then high school enabled me to earn a scholarship to SDSU.”

After four years of playing at San Diego State University, Steres was initially drafted by Chivas USA in the 2012 Supplemental Draft, but after failing to secure a contract, Steres went back to basics to jumpstart his career.

“When I was picked up by Chivas, I thought it was a good opportunity, but sometimes things just don’t quite work out during the preseason. But I didn’t think that was going to be it. I called Lev (Kirshner, the SDSU Head Coach) and went back to train with SDSU. From there I got a chance to try out with Seattle Sounders, and did well enough with the reserves and they signed me in June through the waiver draft.” 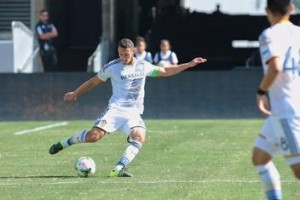 Steres did not make any first-team appearances for the Sounders and for the first time in his life he looked beyond the West Coast for an opportunity and found it in North Carolina when he signed with the Wilmington Hammerheads ahead of the 2013 season.

After a stellar year with the Wilmington Hammerheads in which he finished top scorer despite being a center back, Steres received the chance of a lifetime in the offseason of 2014.

“I received a call from the Galaxy, offering me an opportunity to be involved with their newly created USL “II” team. They knew I was an LA kid and had kept tabs on me over the years. Being from LA, the chance to come home and play with the Galaxy was massive.”

The LA Galaxy were the first MLS team to institute their own USL team and so far the results have been promising. In addition to DSteres, the Galaxy has also signed center back Dave Romney, and goalkeeper Clement Diop to MLS deals following their strong play with the Galaxy II team. The close working partnership between the MLS and USL Galaxy teams is a big draw for talented young players who are seeking to ply their trade at the highest level.

“Part of what was intriguing in the Galaxy offer was that no one else was doing it,” says Steres. “It looked like a great way to bridge the gap between academies and MLS. Because of the MLS and USL partnership, the league has grown and we are starting to see more guys go from USL to MLS.”

The transition from USL to MLS is made a little easier by the “top down” approach that the Galaxy have implemented all the way down into their new residency program. Being underneath the Galaxy organizational umbrella has been massive in recruiting players and knowing that Bruce Arena and his staff have been watching Los Dos for the last two years give the USL players, “a massive vote of confidence” says Steres. 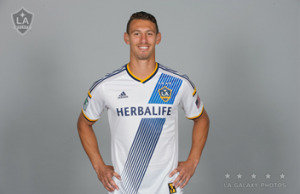 “Part of the reason I came in the first place is because they told me they were looking to really develop players for the first team. We believe it and hope that it’s true. The Galaxy II structure is kind of designed to bring players into the first team so we’re optimistic that the opportunity is there. Obviously, they (Galaxy front office) are going to bring in big names, they are the Galaxy, but it’s good that they have this commitment to developing their own players.”

Going into the 2016 season, Steres feels confident that he will have a chance to contribute.

“I had a decent amount of training time with the first team this past season, and played in two exhibition games over the summer (against Barcelona and Club America), so it’s not like I’m going into a foreign team. I just want to make an impact and do what I can to help the team. It’s an opportunity that is exciting. It’s a chance to show myself more and make a difference. Hopefully, I can get on the field and help the team.”

As the 2016 MLS season approaches, we look forward to following Daniel’s progress and that of both LA Galaxy and Galaxy II teams.