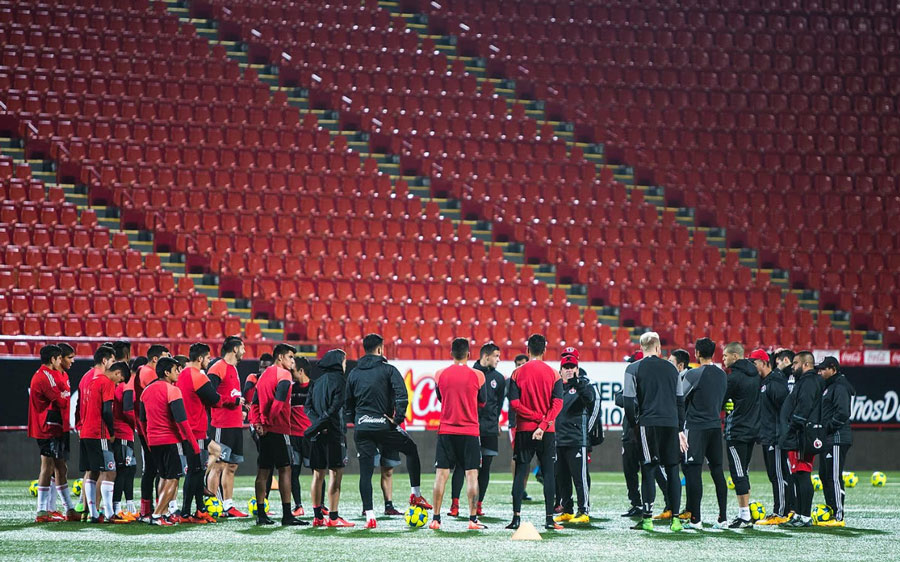 Will we see another loss for America at the Estadio Caliente?

Early last month, Tijuana earned an impressive 1-0 Copa MX victory against the Mexico City club that failed to find the back of the net. Despite the fact that Xolos were later knocked out in the quarterfinal round of the competition, the win over Las Aguilas has emerged as one of their high points of the season.

Unfortunately for Tijuana, there has been little success for the squad since defeating America. Following the Copa MX loss to Morelia in the quarterfinals, Xolos have slowed their noteworthy run in the Clausura with draws against Santos Laguna and Atlas.

America, on the other hand, has taken charge with six points gained through victories over Pumas and Monterrey. Las Aguilas continue to be hindered by injury problems, but have also been able to exceed expectations through recent performances from Oribe Peralta and youngster Diego Lainez.

That said, there’s no denying the form of Xolos’ Aviles Hurtado. The winger is one of the most exciting players in Mexico and will be hungry for another goal after scoring this world-class attempt from last week.

As for the rest of the Tijuana roster, Xolos fans should feel confident about a midfield that is set to feature Joe Corona and Guido Rodriguez. For the first time since March 3rd, we might be able to see a starting XI featuring both players in a league match.

One more important thing to note is the current rumor surrounding Tijuana manager Miguel “Piojo” Herrera. Nothing is confirmed for a move, but early reports indicate that Herrera is set to return to his coaching job with America this summer.

Key to success for Tijuana — Force America to shoot from distance

Las Aguilas have yet to score a goal from outside of the 18-yard box this season. In fact, within the current top 10 Liga MX teams, America is the only club that has yet to do so. If Herrera has done his homework, he should be aiming to force the opposition to take chances from distance.

Corona is at his best when he has the freedom to roam and provide crucial distribution going forward for Xolos. In order for that to work, a strong defensive midfielder needs to be supporting the American with vital interventions and tackles against the opposition.

With Rodriguez set to make his return and start behind Corona, the Xolos midfielder might have another important game for Tijuana. Keep an eye on the 26-year-old who could finish the evening with more passes than anyone else on the pitch. An assist may not be out of the question either.

Due to the fact that Hurtado will lead the attack, and that there will be restored midfield under Rodriguez and Corona, it wouldn’t be a stretch to assume that Xolos garner another win here. That said, the defense is still a weak-link for Tijuana, and one that might allow a couple of goals from America. 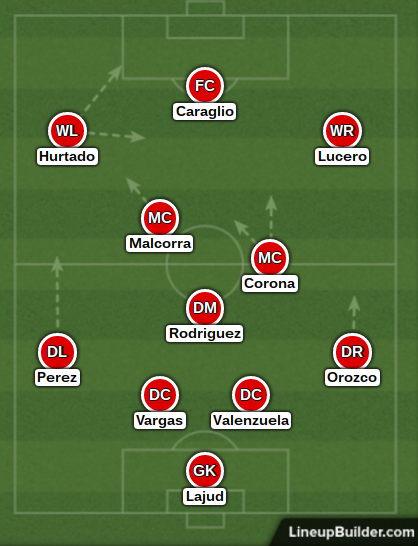