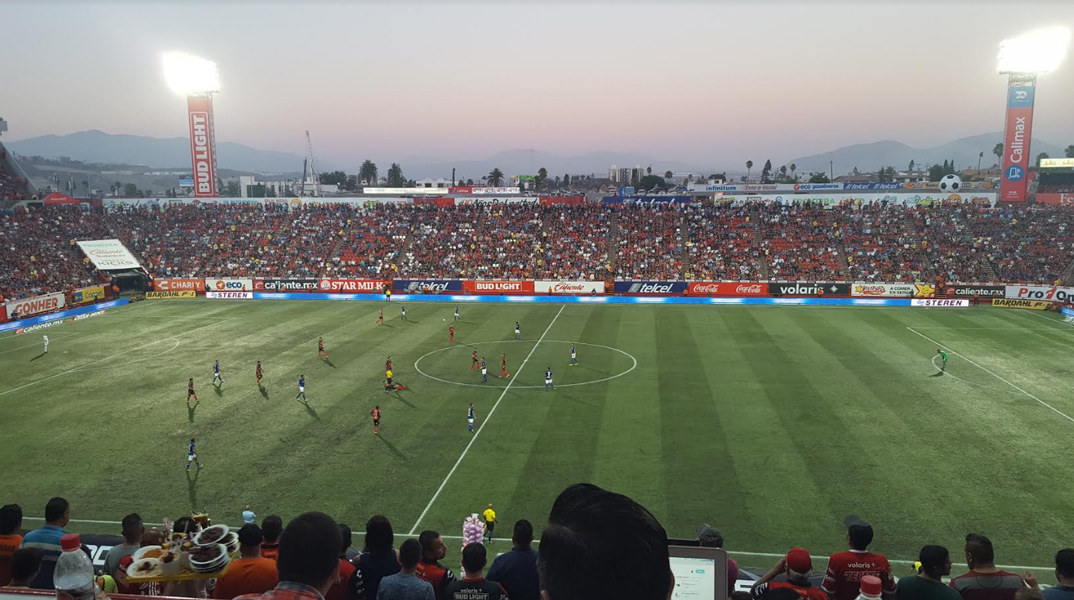 Club Tijuana 0-2 Cruz Azul: Xolos Fail to Appear in Their Opening Match of the 2017 Apertura

Friday night’s performance against Cruz Azul was likely painful to watch for many Tijuana fans. “Painful” might even be an understatement here.

“It wasn’t the debut that we expected,” said newly appointed manager Eduardo “Chacho” Coudet after the 2-0 loss. “We always expect better, it wasn’t a good game. We didn’t play a good game.”

Against Cruz Azul, Xolos lacked a serious amount of creativity in the attack. Tijuana was far too predictable moving forward, and when the opposition began to pressure, the squad responded by lobbing the ball high into the air with the hopes of creating something out of nothing.

It was frustrating to see, and once Cruz Azul secured an early goal by the 21st minute, all that the Mexico City club needed to do what was casually sit back and wait for Xolos to charge with calculable runs and passes.

For lack of a better word, the match was boring.

Cruz Azul had no incentive to push forward, and thanks to a counter that led to a second goal in the 83rd minute, Los Cementeros strolled to a straightforward 2-0 win on Friday.

Here are three Xolos talking points from the loss against Cruz Azul.

1. Coudet’s style was nowhere to be seen

For weeks now, many members of the media — including myself — have discussed Coudet’s approach that has been described as attack-minded and intense. In a league that showcases plenty of high-pressing teams, the Argentine manager’s strategy was supposed to thrive and easily fit in.

That wasn’t the case against Cruz Azul.

Xolos were average and mundane with their distribution. In the frontline, Henry Martin and Juan Martin Lucero were lost and ineffective as they were overwhelmed by the opposition’s defense.

Granted, Coudet was blunt after the match and discussed the need for the team to eventually adapt and conform to his gameplan. Also, with only one match in hand, it would be far too dramatic to try to make serious conclusions about the revamped roster.

That said, there’s plenty of space for improvement for Xolos.

2. Cuero was a major disappointment in the midfield

Perhaps the most underwhelming player of the night was Mauricio Cuero. The 24-year-old, who clearly has a significant amount of pace, constantly ran straight into Cruz Azul’s defense. Cuero failed to take control of the right wing and was at times left chasing other midfielders who intercepted the ball from the starter.

After what appeared to be a strong preseason, it was unfortunate to see the Colombian never make much of an impact in his first game with Tijuana.

Looking ahead, a number of players such as Paul Arriola, Luis “Quick” Mendoza or even Lucero are likely set to challenge and potentially steal minutes from the Colombian who struggled on Friday.

Although it might have more to do with the players, a starting 4-4-2 formation proved to be detrimental for Xolos. Cruz Azul breezed past the midfield and were never truly threatened by the strikers.

Once the second half rolled around, a slight alteration to a 4-3-3 was a step in the right direction. With a name like Luis Chavez thrown into the mix, Tijuana gradually began to gain much-needed momentum. Yet, just when it looked like Xolos would find their rhythm, Cruz Azul all but ended the clash with a late goal in the second half.

Will this mean that Coudet sticks with a 4-3-3 in the next match? Will the manager ditch both ideas altogether and try another backup plan?

As the Argentine attempts to find his feet in the Mexican first division, it will be interesting to see how he may potentially alter and change his formations in the apertura.

It’s genuinely tough to select one player who did well for Xolos. With every positive moment or two is a number of worrying moments that was seen throughout the roster.

Either way, I feel that somebody must be selected, and I’ve decided to give this week’s award to Aguirregaray. Despite the fact that he lost the ball far too many times, one silver-lining from the match was his mentality on the pitch.

The Brazilian-born Uruguayan chased, fought and hunted down every ball within his area of the field. When Xolos were in need of some attacking pressure, Aguirregaray had no qualms taking on one to two players with his adventurous runs forward.

In a match that was desperate for enthusiasm or character, the 28-year-old did an excellent job of making his presence known.

Always looking for a good game or pint, sometimes both at the same time. When he's not trying to find a new bar to watch some soccer, he's usually writing at home and hanging out with his cat, DJ Cuddles.
Newer Post
Mexico vs Jamaica Semifinal Preview: El Tri Prepares for a Repeat of the 2015 Gold Cup Final
Older Post
Lisa Zimouche Doesn’t Need A Coach Or A Team – Just a Ball