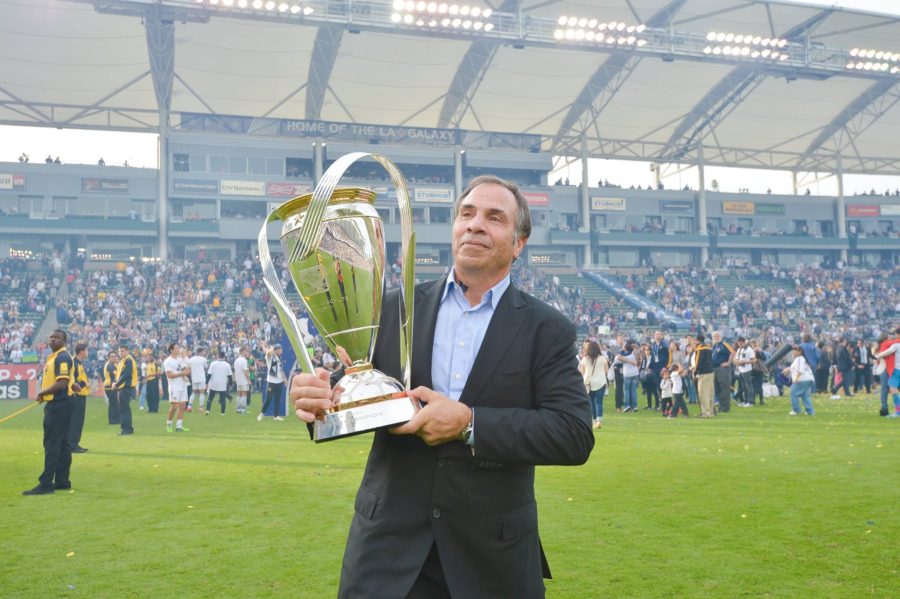 Arena’s appointment may hint at a desire to rewrite his U.S. legacy after a very disappointing 2006 World Cup. From a national team perspective, qualifying for the 2018 World Cup is the absolute prime objective and Arena has already steered the national team to two World Cups. The hiring may not be the sexiest option for the national team, but life includes the need to pay the bills, and making that World Cup is the only bill to pay for the USMNT at the moment.

Of course, in local terms the question turns to the future for the LA Galaxy. Already this season, Designated Players Steven Gerrard and Robbie Keane have departed, leaving LA with an unusual two slots open, as well as a need to replace one of MLS’ top players the past five years. Associate head coach Dave Sarachan, who appeared to be the heir apparent as head coach in the event of Arena’s departure or retirement, left the club just last week. And on top of his head coaching duties, Arena was also the Galaxy’s general manager, and considered one of the best at that job, too.

In their statement on the USMNT appointment, the Galaxy indicated they were opening up their search for a new head coach and a new GM (likely to not be the same person moving forward), indicating they are at least somewhat caught off guard by Arena’s move to the national team. To be fair to them, when there’s an established, successful coach and GM in place, you probably aren’t lining up your ducks in a row in case he may leave, but it does seem the Galaxy won’t be announcing a new manager in the next day or two.

As for the candidates to replace Arena as head coach, with Sarachan’s departure it seems the options are wide open. Sarachan himself would appear to be out, although unless he left on bad terms with the Galaxy, and there are no public indications that’s the case, he could possibly still return in short order.

The main frontrunner in the press appears to be current LA Galaxy II head coach Curt Onalfo. Part of the Galaxy coaching staff since 2011, Onalfo would be a continuity candidate in a time when many changes are being made at the club, and has MLS head coaching experience, with D.C. United and Kansas City. Those previous stints, however, were not especially successful and he’s won no trophies to date in his coaching career, although he did take Galaxy II to the 2015 USL Cup final.

Beyond Onalfo, the speculation really starts. Speculative reports have linked other MLS coaches, including former Galaxy players Gregg Berhalter and Pablo Mastroeni, to the job, and some fans on social media have speculated that perhaps Landon Donovan could take the reins. While he has no head coaching experience beyond leading the MLS Homegrown team at the last two Homegrown games, if Donovan wants the job, it would not be entirely out of left field. A sizable and growing proportion of MLS coaches these days are players just recently retired, often leading the team they very recently played for (Ben Olsen in D.C., Mastroeni in Colorado, Jason Kreis when he started his career at Real Salt Lake).

Losing Keane and to a lesser extent, Gerrard, and needing to retool the roster in the offseason is one task. Replacing the architect of three MLS Cup-winning and two Supporters’ Shield-winning teams in recent years is monumental in comparison. The Galaxy are the marquee club in MLS, and with the prestige of that comes the pressure to get the right people for the jobs at hand. Who will be the next Galaxy manager? It’s going to be an interesting few weeks in Carson, and 2017 is certainly going to be a fascinating season for the club, no matter who gets the job.