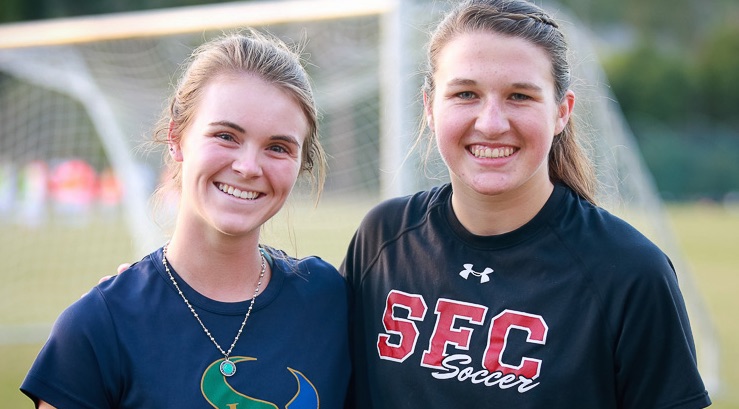 In SoCal, high school is a winter sport, and tryouts are happening now. Here's how to shine. It's time for high school soccer tryouts for teens al

In SoCal, high school is a winter sport, and tryouts are happening now. Here’s how to shine.

It’s time for high school soccer tryouts for teens all over Southern California who aren’t playing in the Development Academy. If you are trying out for your high school team, read to learn how to stand out.

TIP #1: Be positive, be confident, and don’t swear.

Your body language speaks louder than you do sometimes. Never let the coach see you frustrated or critical of other players. Take on every drill and sprint with positive energy, and the coaches will notice.

Mike Jones, a local club and high school coach, told me his top advice to players: “Smile! A positive attitude is so important and will keep a coach’s attention at tryouts. Don’t complain. Ever.

Work hard. No excuses. You’ll make mistakes. Everyone makes mistakes, even the best players. The great thing about this game is when you mess up, there’s always a time in the near future for you to make up for it.”

Nate Hetherington, another local high school coach, told me, “Be CONFIDENT as you are always looking to get on the ball. You should have an aura about you that draws positive attention. All communication should be positive. I don’t want to hear kids swearing on the field. That gives off a negative vibe, and I will remember that player for the wrong reasons.“

There will be downtime during tryouts. Don’t worry about the coach scrutinizing your every move. Enjoy the time with your friends. Relax. Smile. Joke around. (But don’t swear!) Giving your mind and body this break will help your soccer on the field when the action starts back up.

I have seen more “advice” articles than I can count that say “Be a leader!” If you are a leader, that’s great. If you’re not a leader, that’s fine, too. You don’t have to be the loudest bossiest voice on the field! If you’re more of a strong quiet player who lets your soccer do the talking, that’s great. Every team needs those players just as much as they need the vocal leaders. Be yourself. Remember Tip #1, and don’t feel like you have to be a vocal leader to stand out to a coach.

Tip #4: Parents should play no part in tryouts

I asked Coach Hetherington how he feels about parents at tryouts. He told me, “Parents need to play a SILENT role at tryouts. They should just let the kids go through the experience. And YES, it is distracting when parents scream out to their children. I prefer closed tryouts due to this issue. Players should be the ones asking for feedback at this age as it is good preparation for the college experience — on the college field or in the college classroom.”

Coach Jones agreed, “Parents need to stay away and let the kids fight their own battles. Any player can come to me and ask for advice, input, or constructive criticism.”

BONUS TIP: Expect a bunch of kids at tryouts to be feeling the same way you are.

Coach Jones was very clear, “Expect a bunch of kids at tryouts to be feeling the same way you are. Everyone is nervous. Find a friend — preferably a friend who isn’t disruptive — that will help you feel more comfortable. The BEST feeling in the world is getting that high school soccer uniform for the first time and being a part of that team — enjoy it!”

Good luck at your tryouts and during your high school season! Hopefully your team will have a great year and make a deep playoff run, like THESE teams last season!